Continuing our longstanding relationship with the leading educators at Beaconhills College, EnviroGroup recently completed the solar on the newly build Early Learning Centre at the Berwick campus. We love helping the school achieve its ambitious goal of reaching carbon neutrality, and hope they serve as an example for all schools across the state.

EnviroGroup was involved throughout the build stage for the Centre for a seamless install. Our team was engaged by the client and worked alongside the nominated construction contractor and their engineering consultants.

Utilising our vital solar expertise, our project managers identified a potential issue at the engineering and design stage. The volt drop allowance according to solar regulations is smaller than that of the general electrical industry – to ensure the building remained suitable for the level of solar the school required to impact their electricity consumption, the overall electrical cabling to the building from transformer needed to be larger than initially designed. Caught early on, the change to the building specification could be made easily and without significant cost to the client.

Often considering after the bulk of building works have already been finalised, solar is forgotten and clients are not aware of the limits that infrastructure not designed with solar in mind can have on the end product. Beaconhills College had experienced this issue during the last installation, and brought EnviroGroup in at an early stage to propose upgrades to electrical infrastructure before project commencement to avoid the same issues this time around.

The Early Learning Centre was designed with multiple roof levels and a significant amount of rooftop plant to support the building’s heating, cooling and airflow needs.

The complexity of the roof array required an intricate wiring system. The team installed over 400m of cable tray to support the cabling to each grouping of panels. We also had to connect cabling into the existing secondary grid protection relay over 300m away from the main installation. The distance, size and difficulty of the installation did not slow our team down. 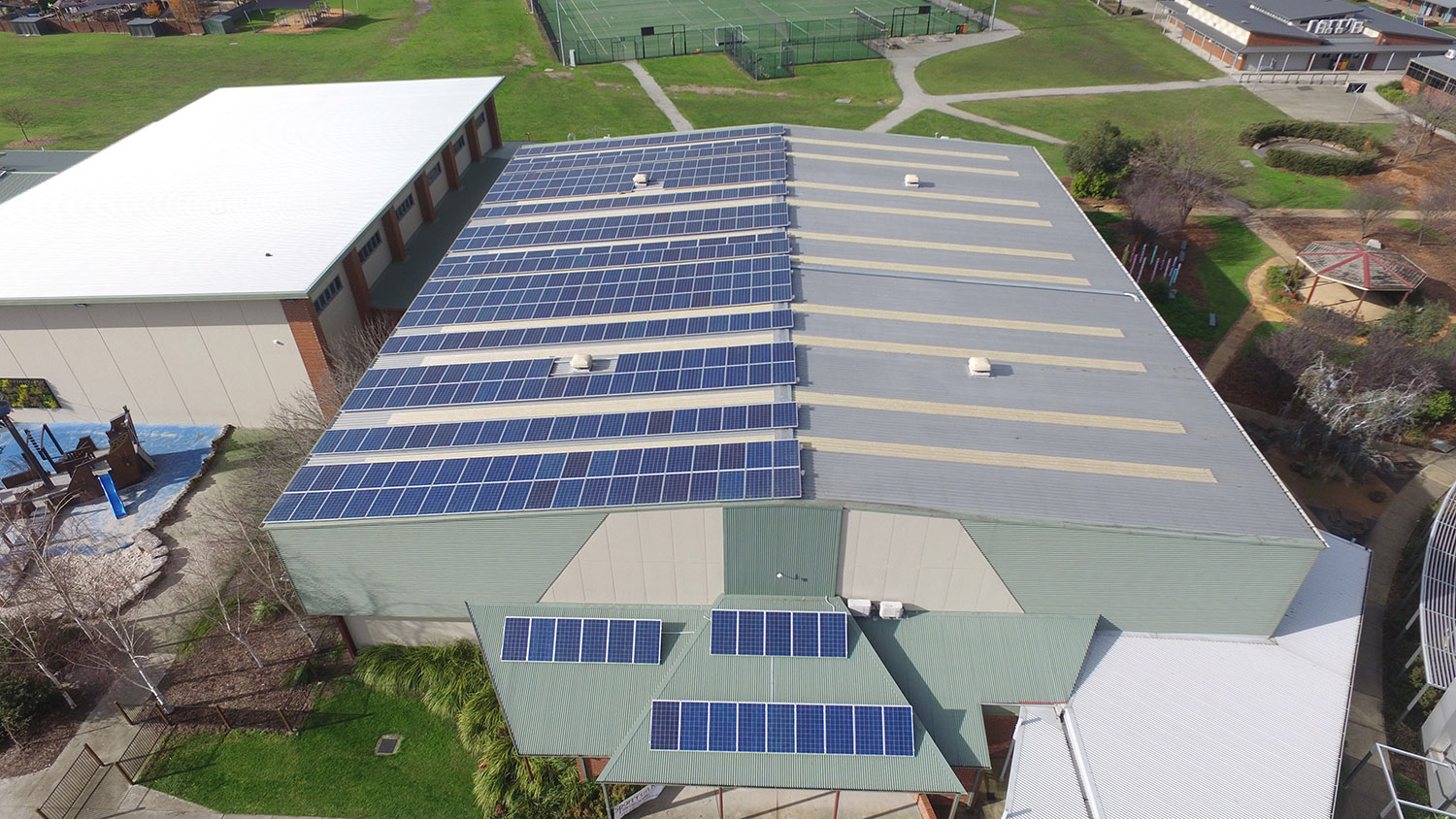 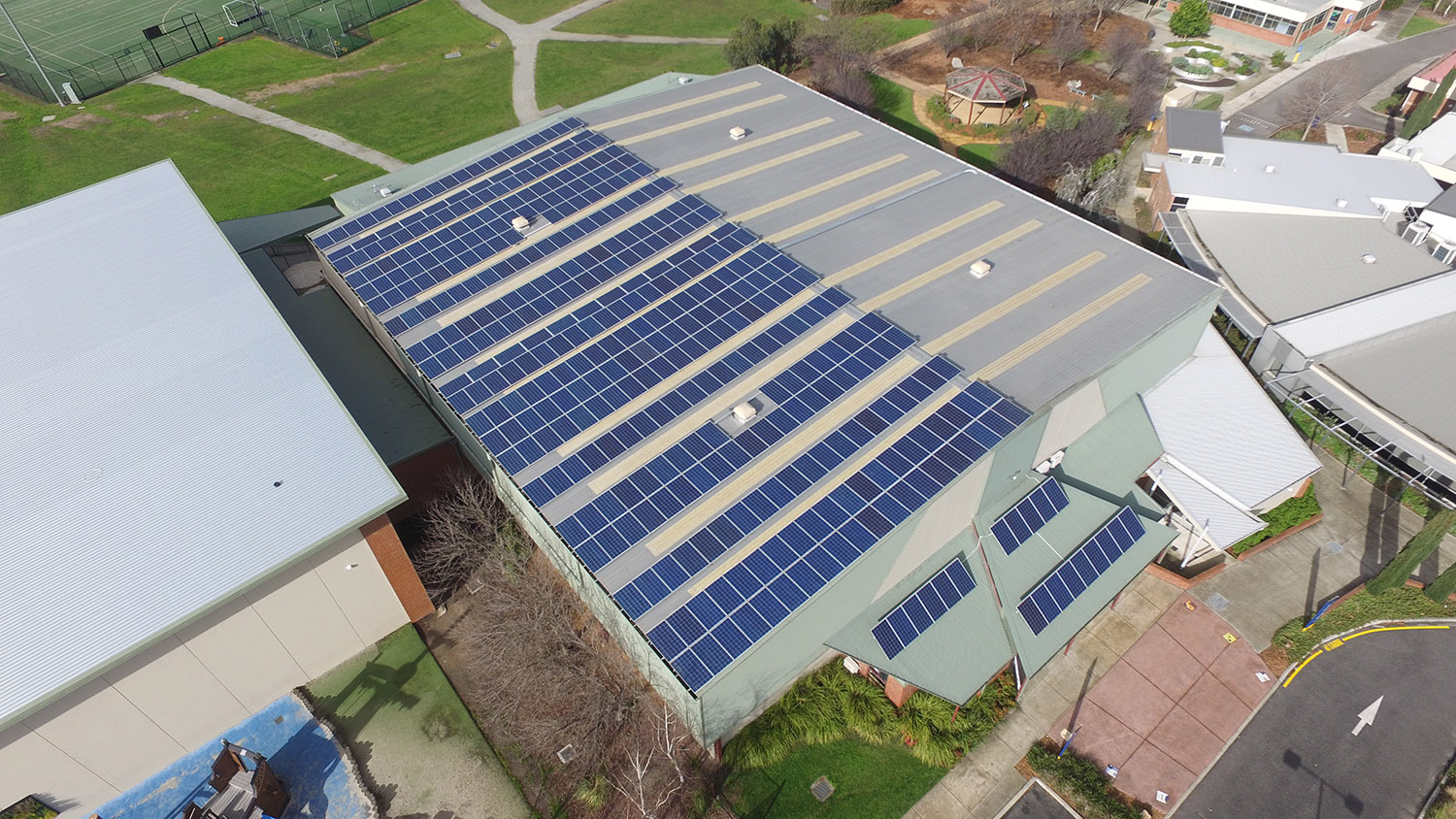 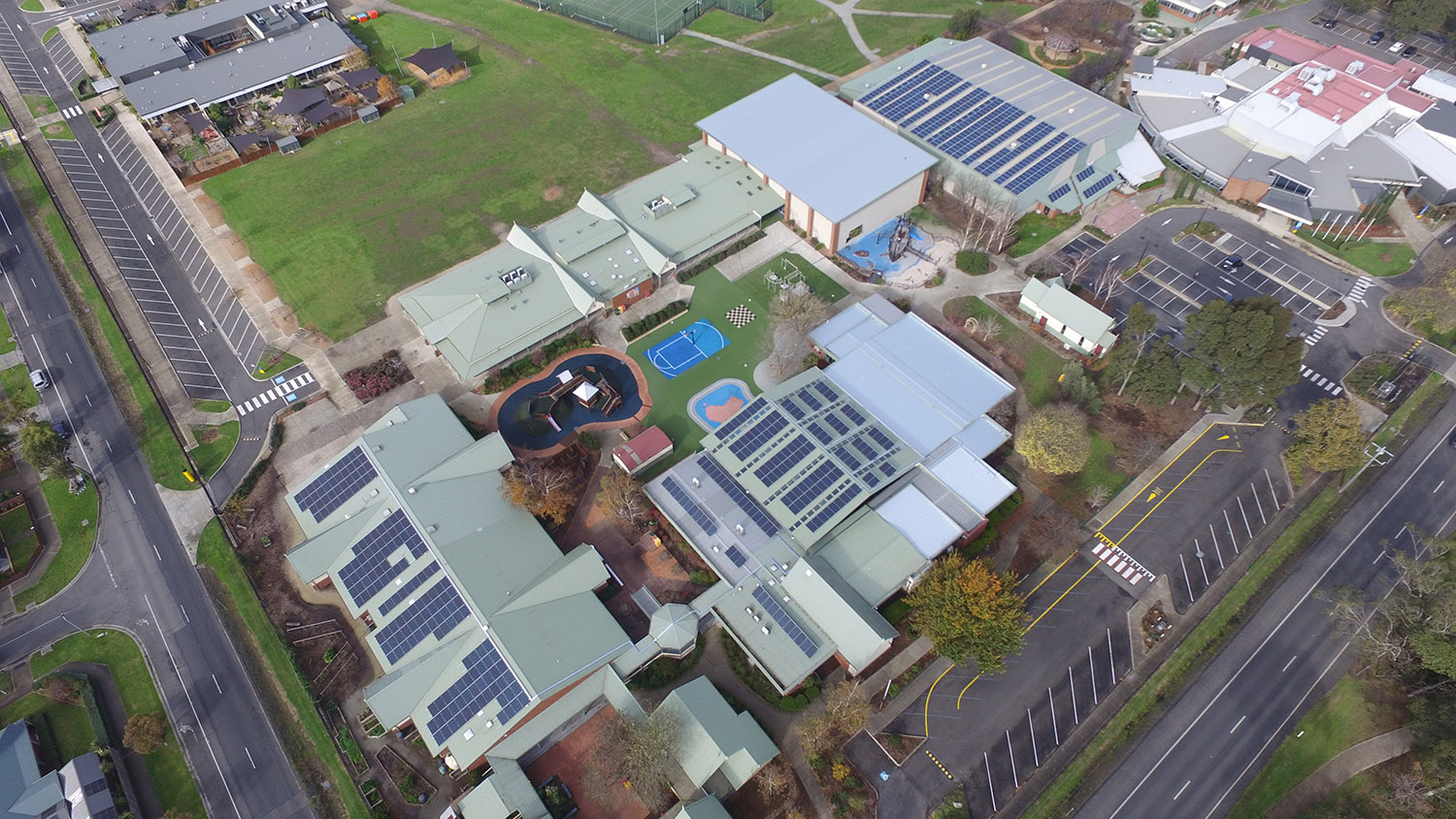 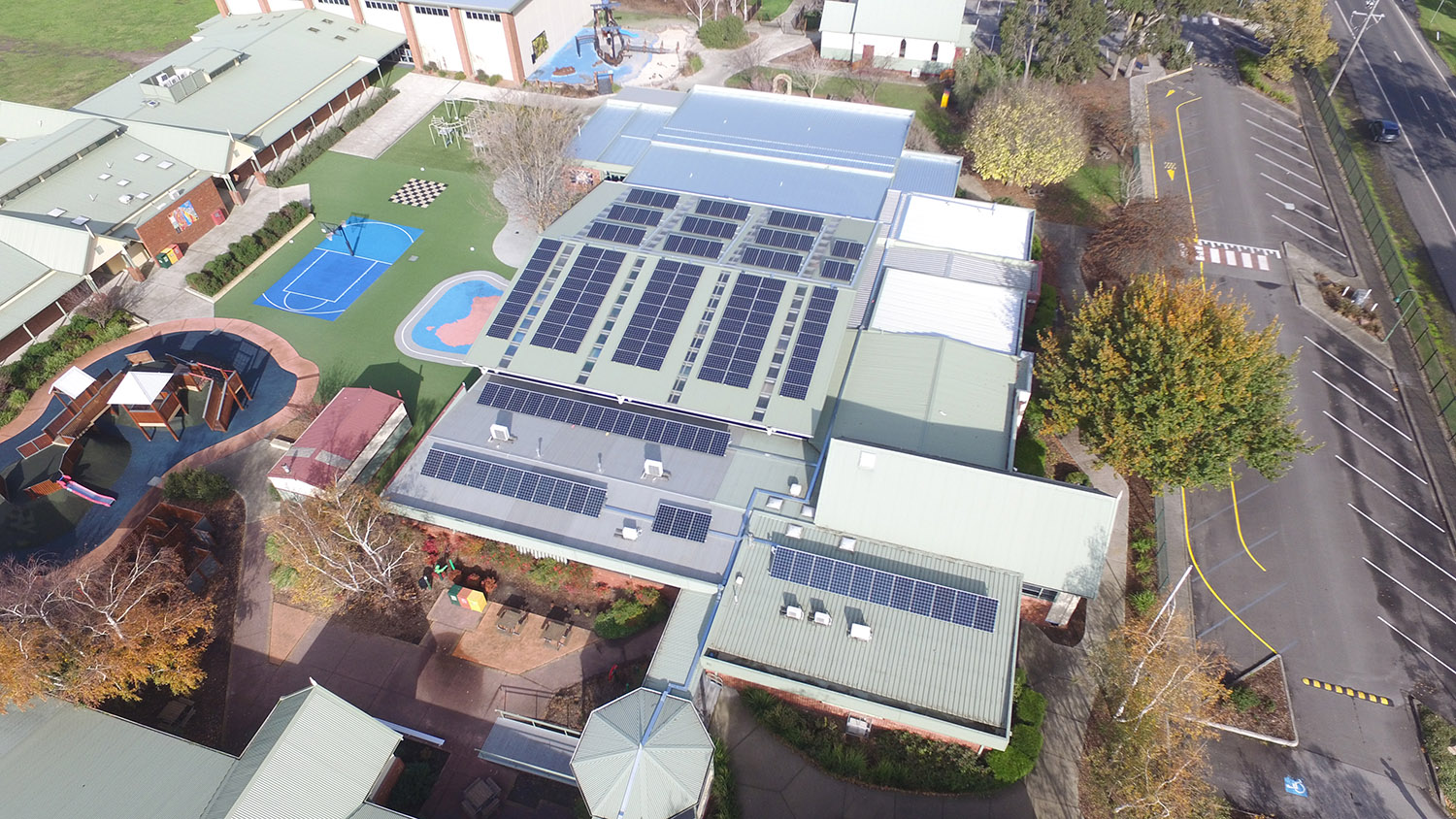 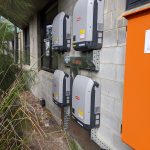 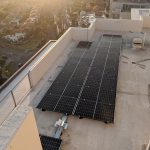