When AMP Capital decided to tackle the energy overheads and the energy efficiencies of the iconic 700 Bourke St (Also known as the NAB building), one of the first solutions they looked at was solar PV.

Solar makes sense for commercial buildings, as they primarily use electricity during the day, right when solar generation is at its peak.

The 17 storey building is an architectural achievement. Not only does it maximise it’s limited ground space (being located between Southern Cross Station and Etihad stadium), its design features have made it a Melbourne architectural icon.

However, the building and its multi-faceted roof presented an interesting design challenge for installing solar.

Split into multiple triangular sections with a low pitch, the unique roof features multiple ducts, vents, skylights. As well as a pre-existing solar hot water system. This made designing and installing a solar PV system a challenge for our engineers and installers who had to incorporate all these features into the design.

As usual, our team came through with a design that met the client’s brief, energy requirements and fit into the existing roof space. The solution was to split the system over multiple sections of the roof and place panels on both the North and South facing sections. South facing panels are rare in solar, but the low 10 degree angle of the roof plus the use of high powered SunPower panels meant that the system would still be generating an effective amount of energy – even in winter – from the limited space.
SunPower has long been a favourite panel of ours and we have installed thousands of them in our residential installations. SunPower are the Rolls Royce of Solar Panels and have high output, high efficiency and an amazing warranty. When our customers want the best, they go with SunPower.

This project was our first commercial install featuring SunPower panels. Some of the main reasons that SunPower was the all out winner for this project was:

In addition to the unique system design, the system also features TIGO optimisers which will deal with any shading issues from roof equipment while also squeezing that little bit extra power from the system.

The inverters for the system were much easier to install, as the plant room of the commercial building easily accommodated the 7 Fronius inverters that will convert the DC energy from the panels to useable AC electricity for the building.

As with all our commercial projects that feature Fronius inverters, 700 Bourke street will utilise the Solar.web monitoring service. This system level monitoring will allow both the client and EnviroGroup to monitor the system and action any issues.

The system will generate approximately 172 Megawatt hours per year. Nearly 80% of that generated energy will be consumed directly by the building, reducing its dependency on coal fired electricity.

The impressive on-site energy consumption really shows how well solar is suited for commercial buildings. As we’ve seen with our previous large scale commercial jobs, commercial buildings stand to make the most from solar energy as they consume power exactly when a solar PV system is generating it. Plus they have large unused roof spaces just waiting for solar.

If you’re thinking of solar for your business or even your school, click the button below to get in touch with our commercial solar team. 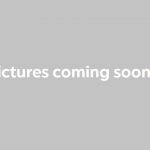 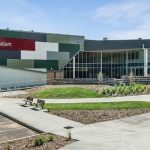