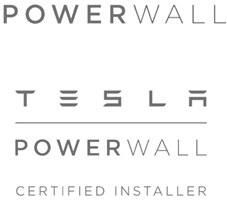 Many people dream of turning their home into an energy island and disconnecting from infinitely rising costs of power companies. But did you know that getting solar batteries can save you thousands of dollars off your power bill while giving you the reliability of the grid?

Historically, power bills have ever only gone in one direction – up. Even gas, which traditionally has been cheaper than electricity has risen by significant amounts.

A solar PV system on its own can generate enough energy for all your daytime energy needs, but with a solar battery system like Tesla Powerwall 2, any extra energy generated by your solar system can be stored to be used when the sun is no longer there.

By using all the energy generated by your solar system, you will then need less power from the grid – and this means, lower energy bills.

How the Tesla Powerwall works

Solar battery technology is as simple as it is impressive. Normally, any excess energy that is created by your solar panels is sent to the energy grid. A home solar battery system like Tesla Powerwall 2 will capture this energy and make it available for use at night. If you generate enough of your own electricity, it will charge itself completely from solar.

Then, depending on your energy habits, Powerwall 2 can power your home for an entire evening from the solar power you generated during the day.

Powerwall 2 is more than a simple upgrade, it is a complete redesign of the solar battery storage system.

– built in battery inverter – no need for extra hardware

The technical specs are below: 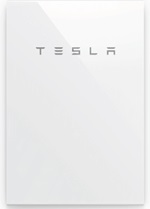 Ready to get a quote for your own Tesla Powerwall?

This is what you’ll need to give us:

1. The most recent winter and a summer power bill

Everyone’s house is different and this information will help us get your system designed and delivered a lot quicker.

At EnviroGroup we believe in quality. Not just in product but in service as well.

That’s why our point of difference is our inhouse installation team.

While many solar operators outsource installations to contractors (a sure saving on overheads), we choose to invest in a team that we know will provide our clients 100%, 100% of the time.

Our installation team is made up of fully accredited and qualified specialists who have experience installing renewable energy systems in both the commercial and residential market sectors.

Read more about us and our team here.