Hearing the calls from the industry, Solar Victoria have increased the number of available places in the state’s rebate scheme for the 19/20 tranche. Almost 10,000 places will be up for grabs in September (around triple the amount released in August), to be released in fortnightly intervals.

But the increase does not guarantee anything – demand is as high as ever. The last round was snapped up in less than an hour, with installers and solar companies furiously trying to push through as many applications as possible. The intense demand was enough to crash the rebate portal for days.

From July 2020, more changes – namely a reduction in the available individual rebate amount – will shake up the scheme further. As we enter the last months of 2019, it is important to have your application ready to go, to secure a place before the discount drops.

The next round will be released this coming Tuesday, the 17th of September.

Rebate release: what the move to a fortnightly schedule means for you2019-09-132019-10-01/wp-content/themes/jupiter-child/assets/images/logo.pngEnviroGrouphttps://envirogroup.com.au/wp-content/uploads/2019/09/envirogroup-solar-panels.jpg200px200px
Recent Posts 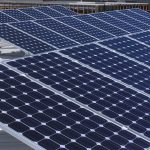