So, we’ve all been shut away in our spare rooms since March working from our Zoom office and telling each other how great it is and that this is the new normal. Well, for those who still have jobs, that is. We’ve been listening on the radio and TV about the transformative nature of the virus and how the entire labour market is being revolutionized to such an extent that we will have to redesign all our cities to accommodate everyone working from home now.

It sounded great for a while, but the minute the restrictions lifted even a little, the streets were packed again with cars, peak hour was back and offices were starting to get repopulated. The brave new post-COVID world did not eventuate and things look almost like they did back in early March. There a good reasons for this. Working from home can send you stir-crazy. Especially if you are locked down with the entire family for months on end spending 24/7 in each other’s pocket. Relationships can crack under this pressure and getting out is a great pressure valve that can save relationships. There’s merit in working at an office with other people. The proximity to colleagues allows rapid and ad hoc idea sharing that Zoom or Teams just can’t match. Friendships are maintained and teams are nurtured. It also makes going home something to look forward to. So after four months of isolation, the majority of people have had enough and the new-normal has turned out to be abnormal.

But there are still many who have discovered that working from home is actually beneficial and productive. There are generally people in organizations who don’t have any real need to be at an office. Many people have discovered that working from home is actually more productive particularly in fields where high concentration is required. There’s also a time bonus. In Sydney and Melbourne, you can save two hours or more a day just in transport to and from work. Even if your paid hours are the same, this is like getting a day off each week.

Working from home might be just the thing for you but there’s still a catch. You will now have to foot the bill for your operational costs like internet, copier, coffee and most of all, electricity. The costs can keep mounting up and don’t stop just because you’ve set up a pretty cool, ergonomic workspace. You will need heating in winter and cooling in summer. Your computer will be running all day and if you have multiple screens running as well this can add up. If two people are working from home then the computer costs double and if the kids are homeschooling then you could have many computers and screens running all day where, before, they’d be all off and these costs would be borne by your employer or school. If three laptop computers are running all day then this could add 5kWh/day to the bill which doesn’t seem a lot but it’s cumulative. So after a month of work and school, that’s an extra 100kWh/day on the bill. If you are running extra screens then keep on adding. Plus your heating and cooling that’s now to be added that you didn’t have to before and you could end up with a quarterly electricity bill that’s doubled or more.

Setting up your home office is much more than just shopping for a cool ergonomic chair and standing desk, it’s also about how you go about dealing with the running costs. Solar power really should be a major part of your equation. If you don’t have a solar system now, then there’s no better time to connect. The Solar Victoria rebate is still available along with the government’s interest free loan so your out of pocket costs for a solar system have rarely been better. Working from home should make your life easier, not more costly. By adding solar to your plans you will be eliminating your biggest operational cost so all you need to worry about is why you’ve got no audio on your Zoom meeting. 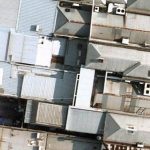